Celebrate Star Wars: Episode IV – A New Hope™ and Star Wars: Episode V – The Empire Strikes Back™ with a one-of-a-kind print inspired by the classic films.
Add this limited edition collector's print to your collection, and...
“May the Force be with you.” Our designers used the original artwork from the 1977 film poster as a jumping-off point for their inspiration. Next, they pulled some of the most iconic scenes from Star Wars: Episode IV – A New Hope™ and from Star Wars: Episode V – The Empire Strikes Back™, including "Let the Wookiee™ win," the epic battle between Obi-Wan Kenobi™ and Darth Vader™, the escape from the trash compactor, and of course the "No, I am your father" scene. Finally, they added TIE Fighters™, the Death Star™, and the Millennium Falcon™ to complete this out-of-this-world design. 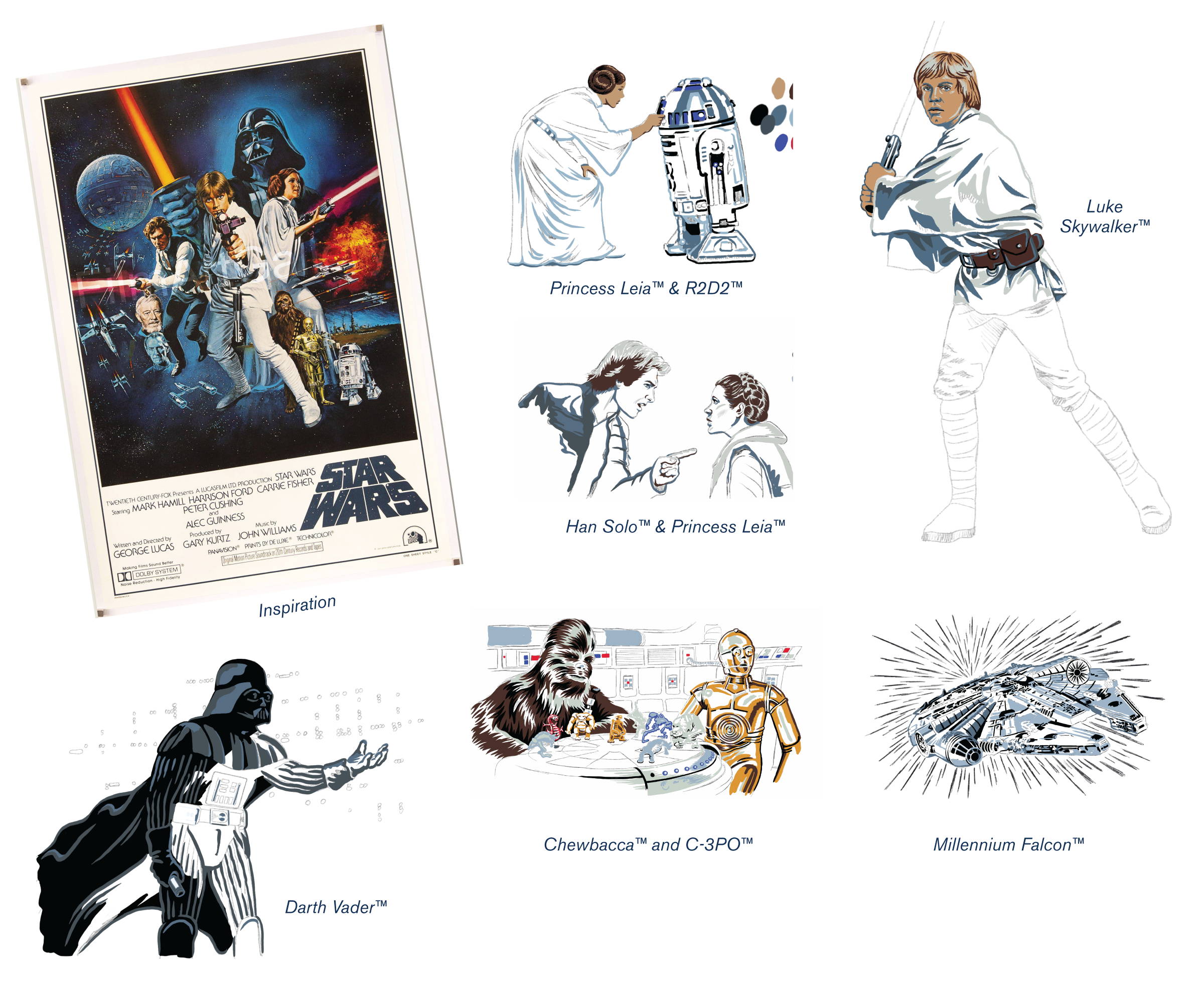 Once our designers selected their favorite scenes, they sketched the layout by hand - recreating the action-packed adventures of the first two Star Wars™ films. Next, the print was digitally painted to bringing the details of this masterpiece to life. 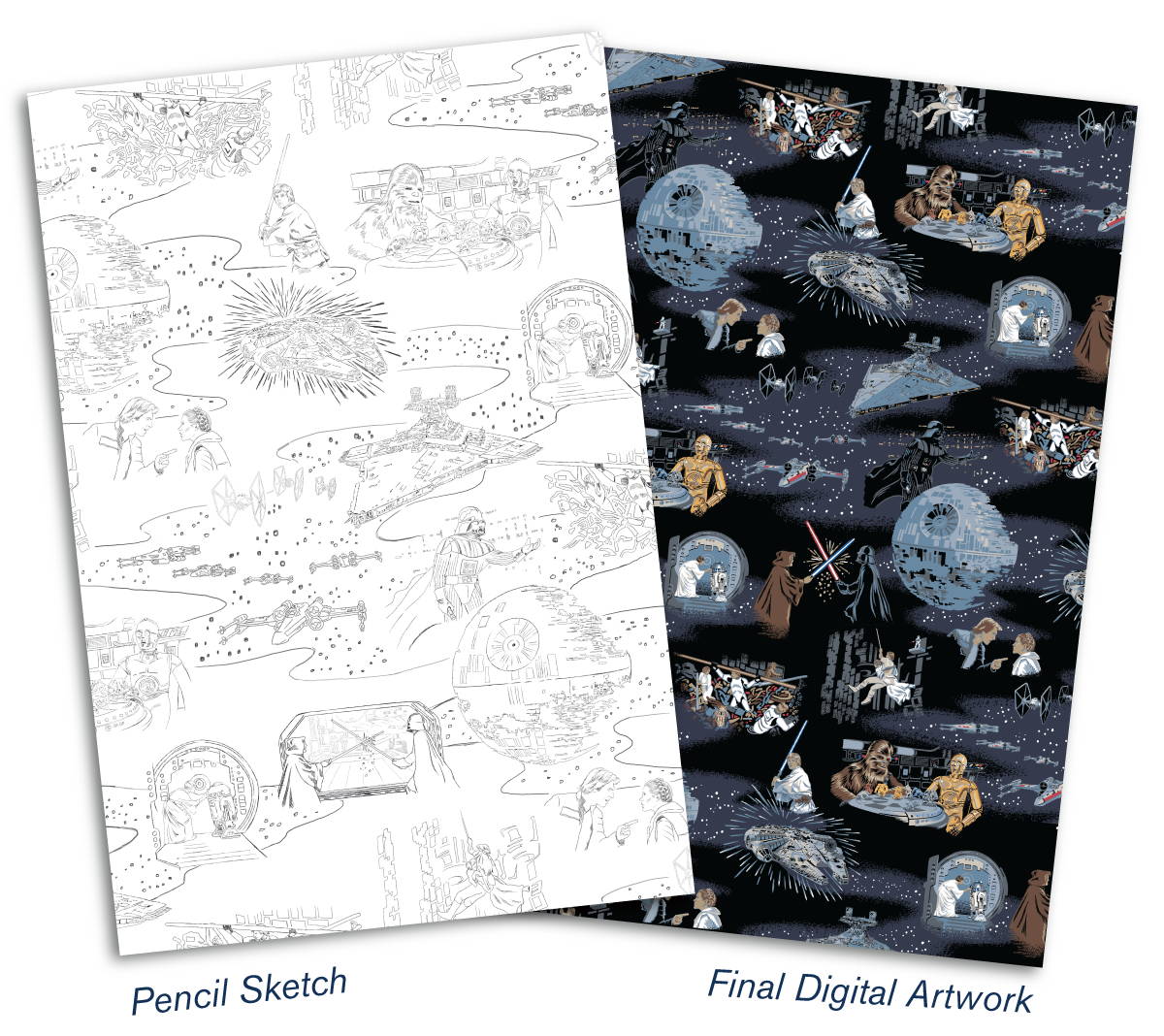 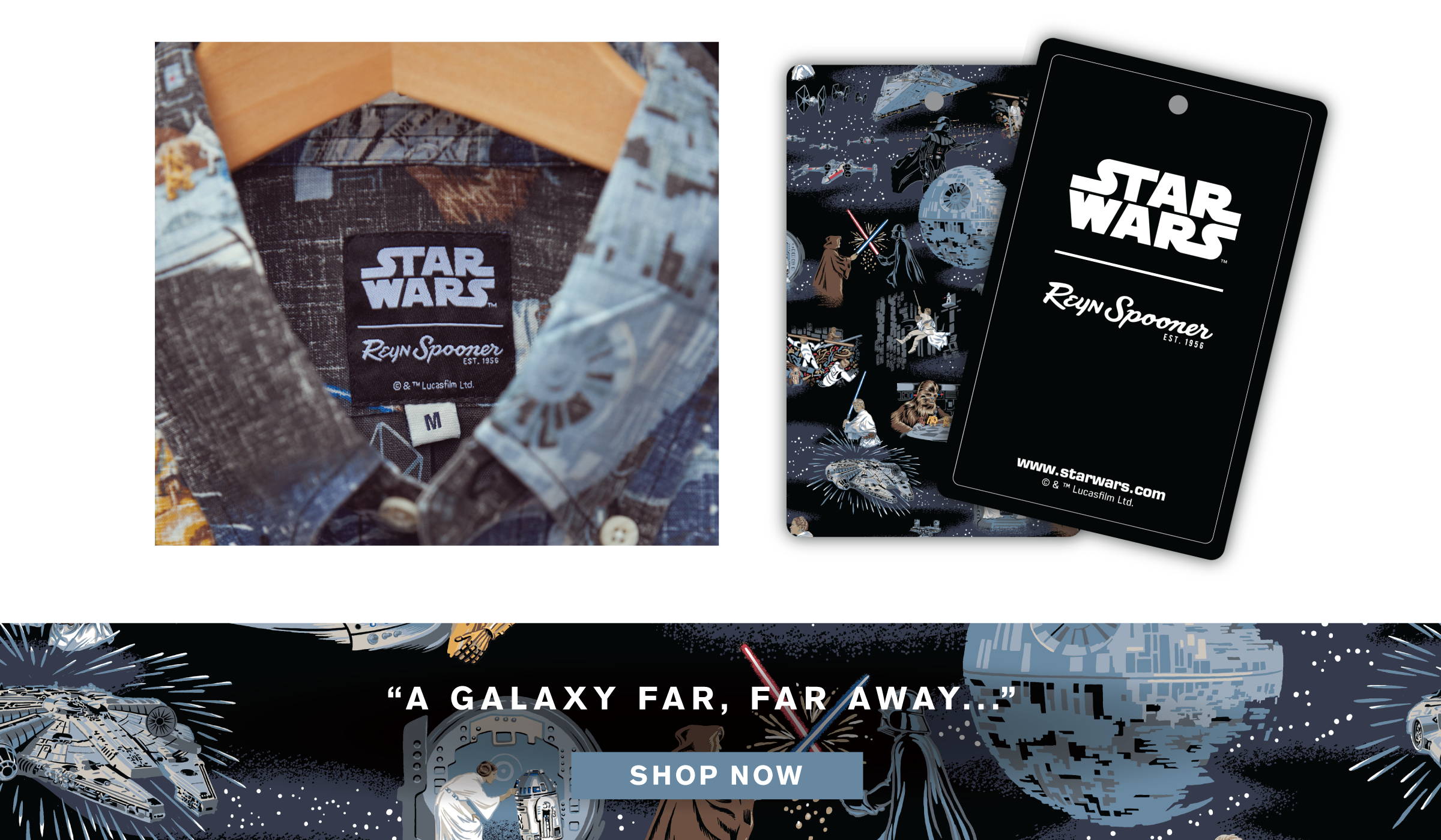